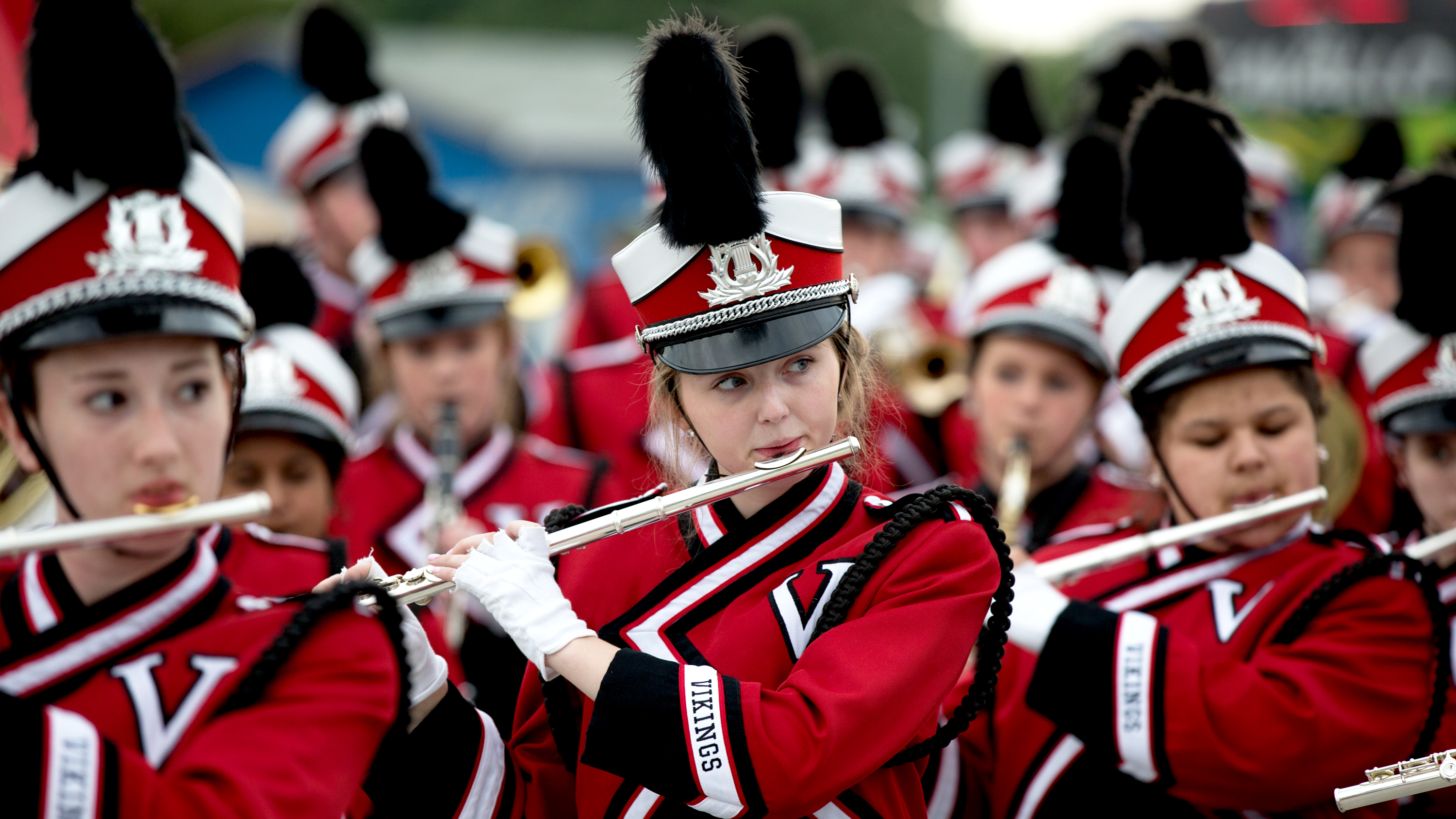 The ancient Mesopotamian civilizations already used musicians in the war. In Roma times, musicians played bronze fanfare trumpets with the military, and sometimes hundreds of trumpeters would lead large processions. In the Renaissance, brass instruments began to develop and evolve to resemble the instruments used today.
European instruments were brought to the new world by the colonists. During the time of the American Revolution, marching bands consisted primarily of fifes, pipes and drums.
In the nineteenth century, new instruments were invented: flugelhorns, tenor horns, baritones, euphoniums, trombones, tubas, valve trumpets, French horns and other brass instruments of all shapes and sizes. Adolph Sax invented a family of sax instruments and existing instruments were also improved upon. The concert band became established and gradually grew to include flutes, clarinets, and other woodwinds.
Towards the end of the 19th century, more percussion instruments such as bass drums, cymbals, bells, and triangle were added to brass and wind ensembles.
The main types of Bands are:

1. Marching bands. They are divided into: 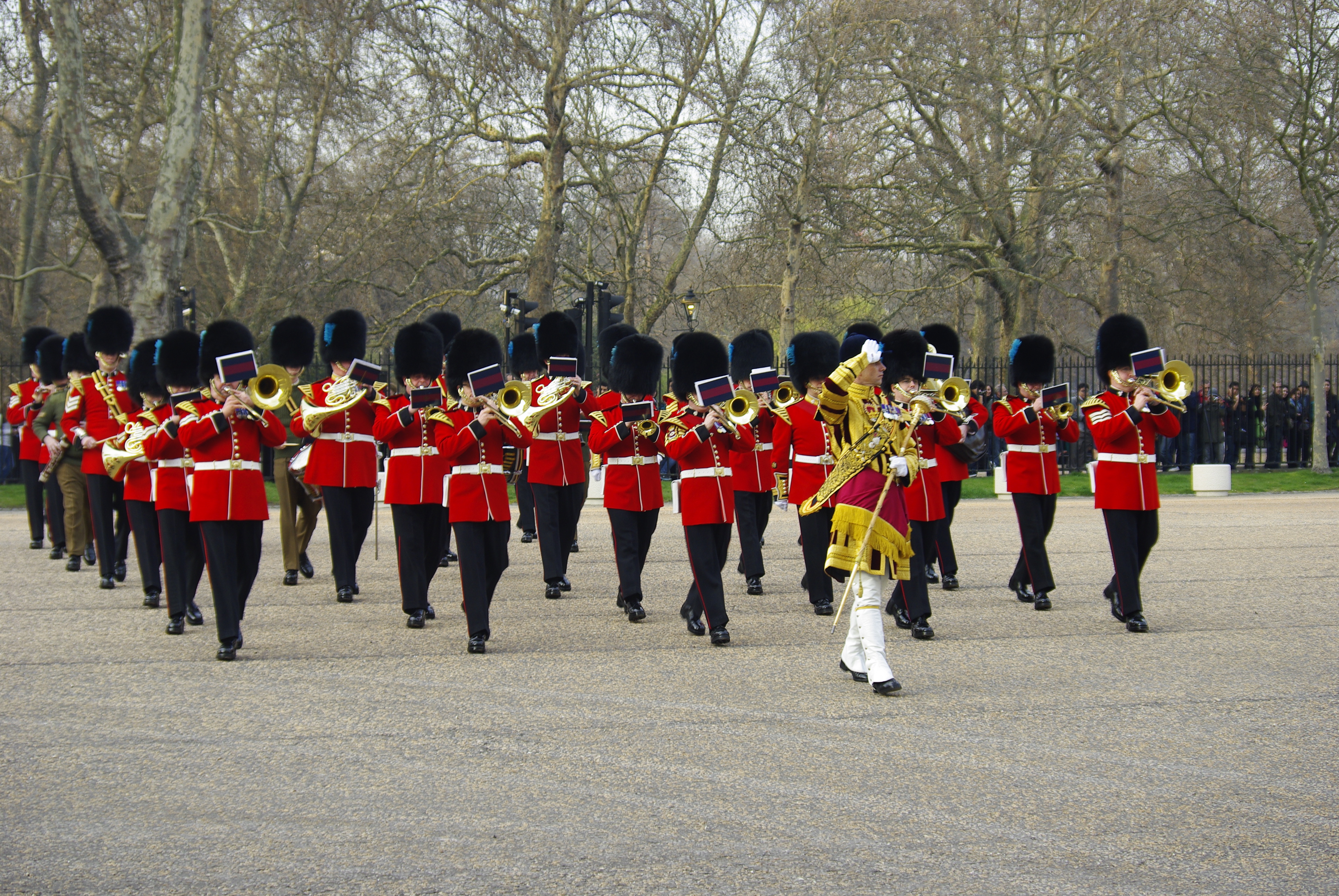 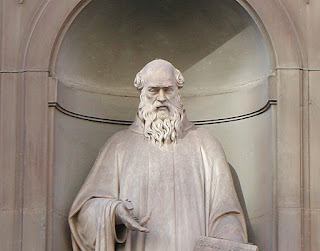 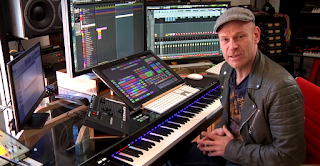